We at Makin’ It Happen want to take this opportunity to congratulate our empowerYOUTH member Vidhur Narayan on graduating from Bedford High School this weekend. V has been a wonderful asset to the empowerYOUTH team! His enthusiasm and drive for the work is an inspiration to all. We want to take the opportunity to congratulate him on his graduation! We know that he is headed for amazing things. Here is an interview we did with him regarding his experiences with empowerYOUTH and plans for the future. Thank you V for all you have contributed!

What started as something I chose to do to strengthen my college applications has turned into the thing that I’m most proud of from my high school career. I started with Makin it Happen in Manchester NH and helped them with a couple of calls partnering with Dartmouth Hitchcock to be on the youth panel to discuss teen mental health topics with school teachers and an expert in that area. From there I was kind of hooked. I then helped plan and take part in a couple of National Drug-Take-Back Days and most recently have started a podcast with three other senior members Olivia, Aron, and Quincy that I thoroughly enjoy participating in.

Hosting LOAT (Life of a Teen), a podcast that dives into the youth perspective of more serious topics surrounding teen mental health such as suicide prevention and substance misuse in New Hampshire has most definitely been my favorite experience as an empowerYOUTH member. Engaging in both fun intellectual discussion with my group of Olivia, Aron, Quincy is something that I looked forward to every week. Brian Mooney has also been an incredible help to this process as he would take hours out of his day to teach me the sound board and edit all of our 30-45 minute podcasts. Big shoutout to him. 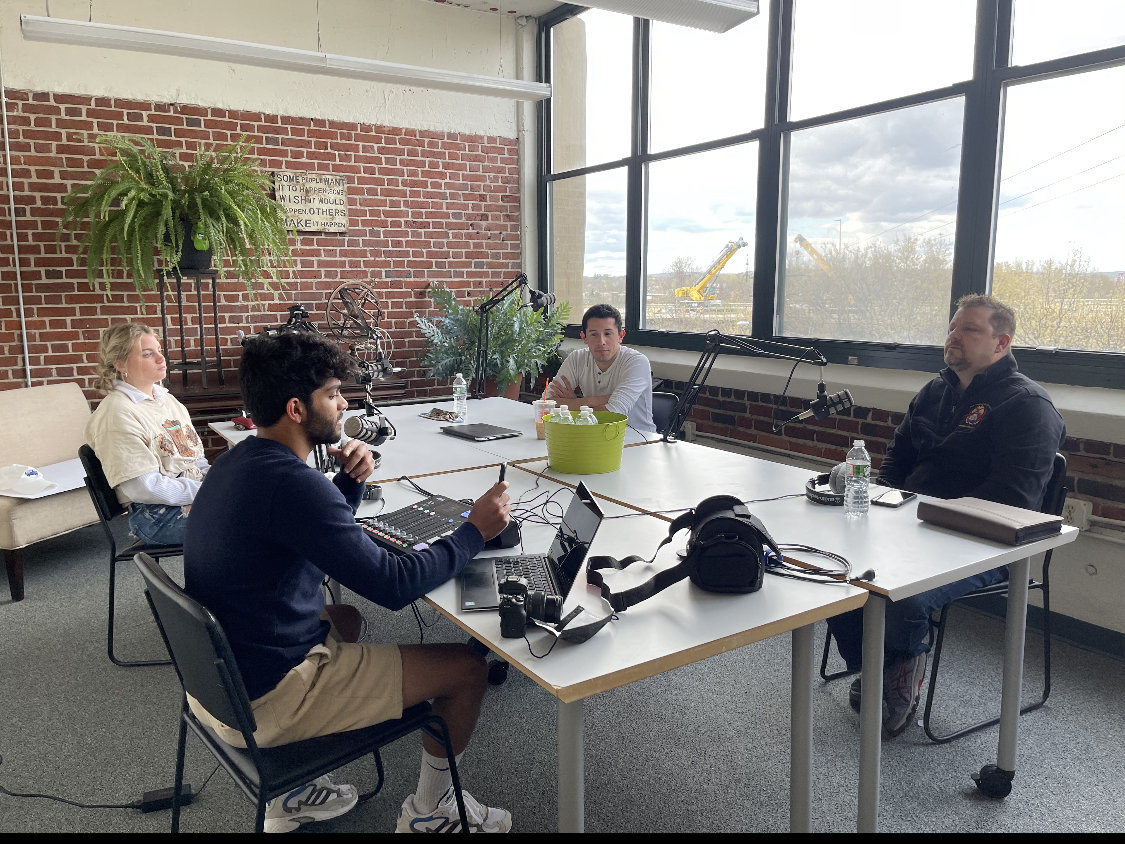 I would fully recommend empowerYOUTH to anyone and everyone. It is a fantastic way to do fulfilling work for your community and make many great connections at the same time.

“Don’t be a follower, be a leader.” This is a quote from DEA agent Brian O’Keefe from when we had him on for an episode of the podcast. With the world we live in today, it seems easy to follow the collective ideas and thoughts of a group, but sometimes those thoughts and ideas aren’t right. You have to do what you think is right, follow your gut, and don’t just be another follower in a world that is dominated by leaders.

Legacy isn’t something I have given a lot of thought to. I just hope that with the people I have met through empowerYOUTH, that I added some value to their lives that made it better.

What would you change or recommend for the program?

I’ve only been a part of empowerYOUTH for just over a year now so I am still fairly new. From what I have seen, the adults organize events extremely well and everything runs smoothly, but the one challenge that I always see that we have is participation and commitment from the younger kids in the coalition. When the seniors leave this year I hope that some of the youngins that I may have not met yet are able to step up and help continue the great work that we have been doing.

I am going to the Ohio State University as a Psychology Major on the Pre-Med track next year.

In EmpowerYOUTH itself, I would say that there are 6 main figures who have influenced me the most. The three other senior members of the Makin it Happen Coalition: Olivia Archard, Aron Silvestre, and Quincy Roy as well as three of the advisors: Jessica Bennett, Brian Mooney, and Mary Forsythe-Taber. Their leadership has brought me to a point where I have been able to lead by example as a youth leader myself and I would not be where I am today without the three of them.

Congratulations V!  We are so proud of all of your accomplishments.